The art and cultural heritage of the Indian subcontinent is inherently linked with its religion. The manifestations of different religions in the three sister countries of India, Nepal, and Bhutan can be found in every aspect of locals’ lives, especially in their distinctive architecture – the intricate carvings on ancient temples, monasteries, and shrines never cease to amaze travellers.

From festivals and dances to food and clothes, the countries have interlaced their past and present, and the result is a region that takes prides in its roots. The diversity of customs, traditions, languages, and people is what makes the Indian subcontinent fascinating as you find yourself surrounded by such contrasts. With changing times, the countries have found fresher perspectives, but lingering influences remain.

As the weaving machines replace the traditional loom, local weavers in Indian villages still keep and pass down secrets of their trade to younger generations; in the neighbouring countries of Nepal and Bhutan, the Thangka paintings that date back to the 11th century are still popular.

Delve deeper into the 13 traditional arts and crafts of Bhutan, known as Zorig Chusum, at The Institute of Zorig Chusum in Thimphu; take some time out to see private and government-run galleries in Indian metro cities that display collections dating back centuries; or plan your trip around the Kathmandu International Art Festival in 2017 (it is hosted every three years) to get an insight into the modern art scene in Nepal. One trip may not be enough to learn about this region and you will definitely want to return for another round. 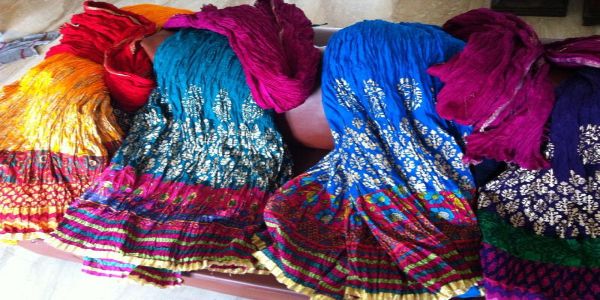